Russia invasion. What to do next. 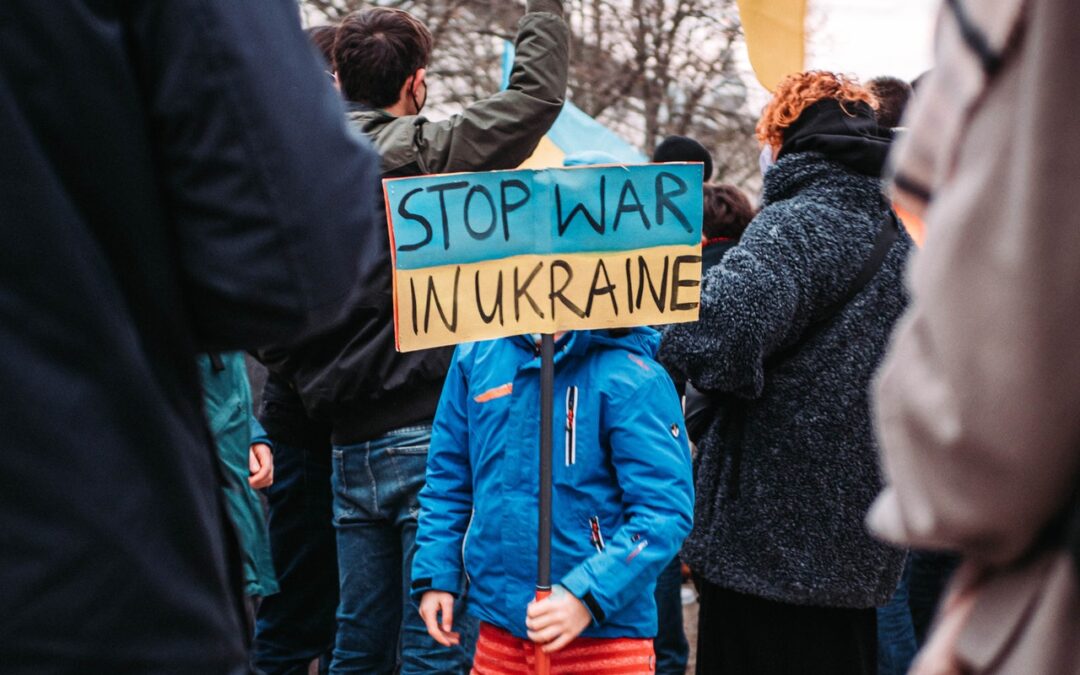 Russia invasion. What to do next.

A plan is only useful if it can survive reality. And a future filled with unknowns is everyone’s reality

— The Psychology of Money: Timeless lessons on wealth, greed, and happiness by Morgan Housel

Friends, I woke up yesterday morning to some unexpected news.  Russia had invaded the Ukraine.

However, what I felt seemed more like a question “Russia had actually invaded Ukraine?”

Although we had been warned in the last week that this outcome was likely, it still came as a surprise to me.

Was it a surprise to you?

After my first cup of coffee at 6:00am and the news sunk in, I began to reflect on its impact and tuned into CNBC.  Predictably, stock market futures looked grim.  The DJIA was down 800 points pre-market.  The S&P and Nasdaq looked just as foreboding.  I knew my clients would be pondering questions such as:

What comes next is anyone’s guess.  Like the Russia invasion of the Ukraine, the world is far too complicated to be predictable.  Fact is, these high-impact, rare of events happen all the time

As Morgan Housel says, ‘a future filled with unknowns is everyone reality.”

So how do you plan in the world where the future is now known?

For each person, the answer may be different, but there are some core lessons that everyone can use. Let’s take the example of Warrant Buffet cited in Housel’s book.

“We can spend years trying to figure out how Buffett achieved his investment returns: how he found the best companies, the cheapest stocks, the best managers. That’s hard. Less hard but equally important is pointing out what he didn’t do. He didn’t get carried away with debt. He didn’t panic and sell during the 14 recessions he’s lived through. He didn’t sully his business reputation. He didn’t attach himself to one strategy, one world view, or one passing trend. He didn’t rely on others’ money (managing investments through a public company meant investors couldn’t withdraw their capital). He didn’t burn himself out and quit or retire. He survived. Survival gave him longevity. And longevity—investing consistently from age 10 to at least age 89—is what made compounding work wonders.”

Buffet didn’t rely on being ahead of the curve or a better crystal ball.  He bought quality companies ant good prices and stayed the course through 14 recessions.

You might be saying, we are all not Warren Buffet. We don’t have his money.   It’s not that simple.

But. It could be simple. Remember, Buffet didn’t have Buffet’s money for most of those recessions either. How did he stay the course when others could not?

Margin of safety, also known as Room for Error maybe the most important concept in all of financial planning and is cited repeatedly in this book. Margin of safety may sound conservative and boring but it is far from that.  Some of the most successful business leaders of our time employed the concept with stunning success.  Let’s take a look at one of them.  I think you’ll recognize the name.

Also, from the Psychology of Money…

“Bill Gates understood this well. When Microsoft was a young company, he said he “came up with this incredibly conservative approach that I wanted to have enough money in the bank to pay a year’s worth of payroll even if we didn’t get any payments coming”

Can you imagine this?  One of the pioneers in the tech field, a man known for taking risks in a constantly   changing industry also believed in an ultra-conservative cash management approach.

Because he knew his world was fundamentally unpredictable.  Rather than relying on forecasts alone, he built in a backup plan to ensure survival. He needed Microsoft to stay in the game long enough to realize success.

Sounds a lot like sound investing?  Warren Buffet sure thought so.  In his 2008 letter to Berkshire Hathaway shareholders, he wrote.:

“I have pledged—to you, the rating agencies and myself—to always run Berkshire with more than ample cash … When forced to choose, I will not trade even a night’s sleep for the chance of extra profits.””

As I write this, we still don’t know how the situation in Russia will work out.  We pray for a peaceful outcome for everyone involved.  As of now, it doesn’t look promising.  But tomorrow is a new day.

As an investor, you might be worried and I wouldn’t blame you.  The market was already down over 10% before Russia invaded. In the short run, things don’t look good.  However, we can take the lessons of Buffet and Gates and apply them to our world as well.

In the days ahead just remember the following:

Holding excess cash or bonds in accounts, employing 6-12 months of expenses in a bank account or living on cash flow 15- 20% under your means are examples of margin of safety.

No one likes holding cash.  When the market is roaring, earning less than 1% in cash feels like a waste.  However, if holding cash, prevents you from selling when the market falls 10,20 or 30% than that cash earned much more than the 1%.   Think about that.

For now, hang in there friends.  It will get better, until the next crisis.  In the meantime, shore up that safety net!  It will come in handy.

The opinions and forecasts expressed are those of the author, and may not actually come to pass. This information is subject to change at any time, based on market and other conditions and should not be construed as a recommendation of any specific security or investment plan. Past performance does not guarantee future results.”

Tweets by missionptplan
Securities, financial planning and advisory services offered through LPL Financial, a Registered Investment Advisor, Member FINRA / SIPC. Check the background of your financial professional at FINRA's BrokerCheck. The LPL Financial Registered Representatives associated with this site may only discuss and/or transact securities business with residents of the following states: MI, CA, NH, NE, TX, MS.
LPL Financial and its representatives, Mission Point Planning and Retirement do not provide tax or estate planning advice. These services are provided in conjunction with a qualified tax and/or estate planning professional.
This site is published for residents of the United States, is for informational purposes only and does not constitute an offer to sell, or a solicitation of an offer to buy, any security or product that may be referenced herein. Persons mentioned on this website may only offer services and transact business and/or respond to inquiries in states or jurisdictions in which they have been properly registered or are exempt from registration. Not all products and services referenced on this site are available in every state, jurisdiction or from every person listed."