You think the defense of the Detroit Lions is bad? Most people’s personal defense is even worse. 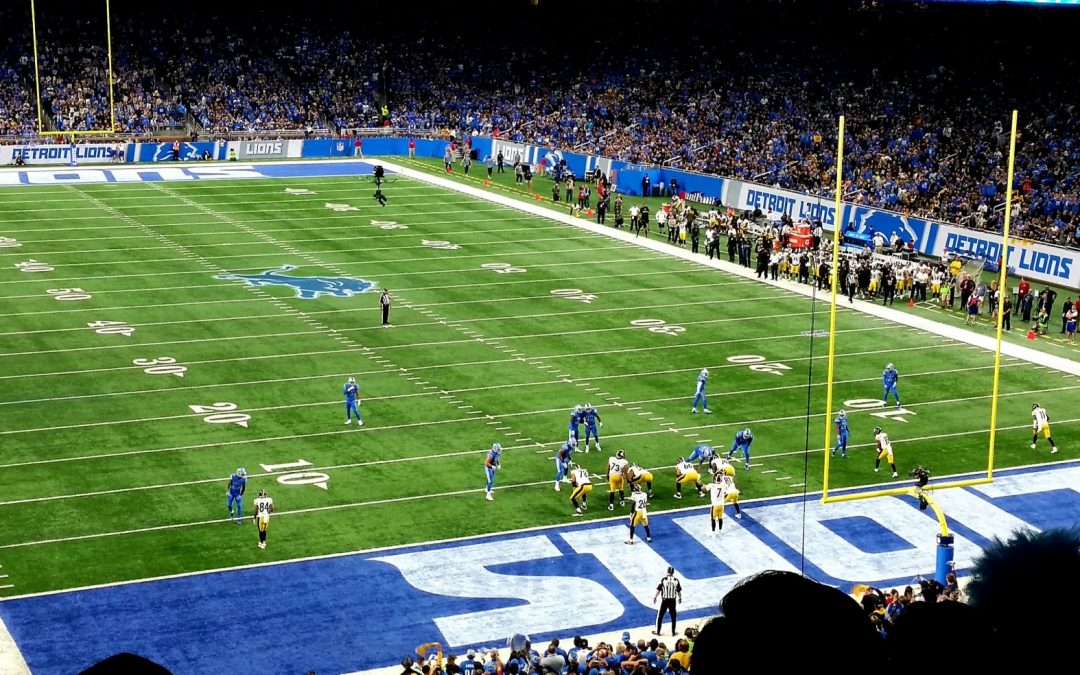 Want to hear a crazy stat?

Through Week 13 of the NFL season, only three teams held a lead in every game they’ve played: the NFC-leading San Francisco 49ers (with a 10-2 record), the AFC West-leading Kansas City Chiefs (8-4) and…. the local, lovable losers in the Detroit Lions (3-8-1).

While many will properly point to the fact that the Lions lost their starting quarterback in Matthew Stafford and were forced to turn to the likes of Jeff Driskel and David Blough under center, those signal-callers still managed to earn the Lions a lead.

It comes down to the defense. According to FiveThirtyEight, the Lions simply struggle to stop opponents in crunch time, especially in the second half. They struggle mightily to stop the pass, ranking 26th in passer rating allowed (99.7) and allowing a league-worst 2,255 passing yards through the air. They’ve intercepted just 1.1% of opponent passes, the second-lowest mark in the league. Overall, the Lions rank 29th out of 32 total teams in total defense, giving up 398.1 yards per game. The pass defense is 30th overall and the rush defense is 23rd.

This has played a large part in the Lions losing five straight contests. And all of this is occurring despite the Lions embracing a defense-first strategy under head coach Matt Patricia. The team realizes the importance of defense, but unfortunately it is not materializing on the field. No defense, no wins. No wins, no Super Bowl. The old adage that defense wins championships is as true today as ever.

When it comes to financial planning, most people limit their conversations to investing, stocks, and mutual funds. What is the market going to do? Where will it will go next? What’s a hot stock? These are offensive weapons, and like sports, offense is sexy and it sells.

But what about things like an emergency fund, life insurance and CD’s? Well, these tools are fundamental staples of a plan that aren’t flashy and frankly can be downright boring. These are the defense.

Just like in football, if you don’t have a good defense, or any defense at all, it doesn’t matter how good your stocks or ‘offense’ is playing. You’ll never consistently win.

Life insurance is a great case in point.

According to the Life Insurance and Market Research Association, only 57% of American adults currently have life insurance! That is down two percentage points from 2018 and a full six points from five years ago. Of those who have life insurance, 32% only own group coverage through their employer or some sort of work. LIMRA estimates that group coverage usually leaves a coverage gap of an average of $225,000. Furthermore, this coverage is usually lost if you leave, retire or are fired from the job providing it.

So, 43% of American adults are currently going about their life with zero defense. Now, for someone who is single, young and relatively healthy, not having a policy is probably okay. However, if you’re in a relationship, engaged, married, carry debt, have kids or any other sort of dependents, who will take care of those costs, children or collateral when you’re gone?

Sadly, this is happening when life insurance has never been more accessible, or more inexpensive to obtain. Most companies allow you to complete the application entirely online and in some instances it doesn’t even require a medical exam. Honestly, many pay more in yearly digital subscriptions like Netflix, Amazon Prime and Spotify than they could be paying to a life insurance company to ensure their children’s college will be covered if they pass away.

Back to our lowly Lions. This year they went offense first in the draft (again) with the selection of T.J. Hockenson, a tight end. Mind you, they had already signed another tight end in Jesse James to a large free agent contract. They went offense again and in fact doubled down on it. This is just like what most people do with their financial plan.

Instead, they could’ve drafted a middle linebacker in Devin Bush who went two picks later at No. 10 overall. A standout at Michigan, Bush is a favorite to earn Defensive Rookie of the Year honors for the Pittsburgh Steelers. The Steelers were willing to pay a premium for him, trading up to the No. 10 spot via their first and second round picks this year and a third next year. Bush has paid dividends, already collecting four fumbles and two interceptions, while currently lead the team with 86 tackles. The Steelers have a proven track record of success, as evidenced by their trophy case and consistent playoff successes – unlike the Lions. However, like the Lions, the Steelers have been forced to start three quarterbacks this year due to injuries, however they currently sport a 7-5 record and are in the hunt for a playoff spot. What’s the difference? Defense.

So, take a queue from the Steelers, playing a little defense first. It’s boring and not sexy but it wins.

How about starting with your life insurance situation? When is the last time you reviewed it to ensure you weren’t exposed? Not sure how to start? we can help.